Since 2011, we have worked to raise nearly $4MM in funds for other non-profits dedicated to improving the lives of those in need. Our Foundation leads a philanthropic endeavor to support non-profit organizations at both the community and national levels.

Each year, the California Mortgage Bankers Association (CMBA) holds its annual Western Secondary Market Conference in San Francisco, California. For greater than a decade, the conference was kicked off by a heavily anticipated charity event the evening before. Peter Paul, Owner and Founder of Headlands Mortgage and Headlands Foundation, hosted this event benefiting programs for those children in greatest need in Northern California and their families. This Wine Tasting and Auction event drew the industry’s highest-level executives sharing their wealth in support of these causes. With the collapse of the housing industry in 2008, the conference became very lightly attended and the fundraising event was put on hiatus. Our story begins here.

It was 2010 and the industry was showing signs of recovery after a turbulent four years. Christopher M. George, Founder, President and CEO of CMG Financial, has always made it a priority in his life to give back to those in need. Collaborating with Peter Paul and the Headlands Foundation, the charity event was resurrected in 2011 as the inaugural “First Annual Wine Tasting and Auction.” And thus began Chris’s desire to establish The CMG Foundation, a philanthropic endeavor to support non-profit organizations at both the community and national levels. In 2012, the CMG Foundation became the official sponsor of the “Second Annual Wine Tasting and Auction,” and has proudly coordinated the event each year since that time. To date, the CMG Foundation has provided nearly $4MM in valued funding to select causes.

Chris, through his selfless dedication and devotion to this project, has generously funded programs he whole-heartedly believes in, thereby ensuring a higher quality of life for people. Chris’s decision to establish the CMG Foundation stems from a deep-rooted desire to help those around him whom he greatly admires for their courage, loyalty, dedication, and selflessness. Chris and the CMG Foundation have provided severely wounded veterans and their families with the amenities needed to continue living a comfortable life. The CMG Foundation also proudly contributes to cancer organizations designed to help patients and their families through education and a sense of community. Most recently, the Foundation has expanded its beneficiary network to include mortgage banking industry non-profits with valued donations for families in need of mortgage assistance in times of personal crisis.

Christopher M. George is the Founder, President and CEO of CMG Financial, a privately held mortgage bank headquartered in San Ramon, California. The company conducts business in most states and the District of Columbia. In addition to his role at CMG Financial, Chris was the 2019 Chairman of the Mortgage Bankers Association (MBA) and currently serves on their Board of Directors. He was also the former Chairman of the California Mortgage Bankers Association (CMBA). He brings more than 20 years of experience to the industry while actively striving to better society. 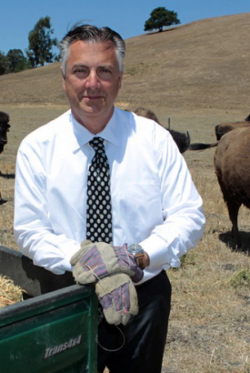 Help Us Help Others